Aadhaar is a 12-digit unique identification number issued by UIDAI (Unique identification authority of india). In simple terms it is a government database that stores an individual's personal information. Aadhaar is issued based on the biometric and demographic details of an individual.
The Indian government has made it mandatory for all the residents of India to enrol in the Aadhaar Yojana and so the same is applicable to the NRIs also. However, NRIs from certain middle east countries are exempted from getting registered in Aadhaar.

Some key pointers of Aadhaar which one needs to dwell into:

Eligibility criteria for NRIs to apply for Aadhaar

The NRIs need to follow a simple procedure to obtain the Aadhaar card, this process is more or less the same as for the rest of the residents of India. The applicant needs to provide their biometric identification.The processing will take around 90 days. It is the time taken to link the biometric data with the information collected from documents submitted. The four simple steps of the application process are:

Documents to be produced by the NRIs for Aadhaar enrolment.

The NRIs need to produce certain basic documents to get enrolled in the Aadhaar Yojna. The documents that are accepted by UIDAI are:

In some cases the applicant may be asked to produce documents stating the relationship he/she holds with another country.


Amendments made in Aadhaar Yojna by the Government of India for NRIs in 2019.

As per the previous norms, an NRI was entitled to get enrolled in the Aadhaar Yojna only if

The changes with the new amendment were first put forth by the Honorable Finance Minister Mrs. Nirmala Sitharaman while giving her Budget 2019 speech. Wherein, it was mentioned that the NRIs with valid Indian passport can now be enrolled in the Aadhaar Yojna without the mandatory wait of 180 days.

A circular released by UIDAI also mentioned that in case the NRI has no Indian address mentioned in his/her passport then he can produce any other PoA (Proof of address) approved by UIDAI.

The CEO of the Aadhar-issuing body UIDAI, Mr. Ajay Bhushan Pandey while addressing a press meet said that technological changes are being made in the system. With the help of these the NRI can now fix an appointment or book a time slot for the enrollment procedure even before his arrival in India.

Q- Is it advisable for an NRI to hold Aadhaar card?

Yes, it is advisable that NRIs should hold an Aadhaar card as in order to file income tax it is mandatory to quote Aadhaar/Enrolment ID.

Q- Do NRIs need to link PAN with Aadhaar?

As per the government norms, NRIs do not have to link their aadhar for banking, mobile, PAN or other services.

Q- How can an NRI book for an online appointment to avail Aadhaar services?

Q- Are there any charges for online booking of time slots?

The online appointment booking is completely free of cost.

Q- Can NRIs buy property in India without Aadhaar card?

No, an NRI does not need aadhaar card; as of now to buy a property in India. Only a valid passport, an address proof and a PAN card is all what an NRI needs.

Q- Can a foreigner get Aadhaar card in India?

Yes,Foreigners residing with NRIs in the country are also eligible for Aadhaar

No, it’s not a proof of Indian citizenship. It is just a unique no. alloted to you to differentiate you from the rest of the population.

Q- Is enrolment in aadhaar possible for POI persons and OCI card holders?

Yes, it is possible for POI persons and OCI card holders to enrolment in aadhaar. 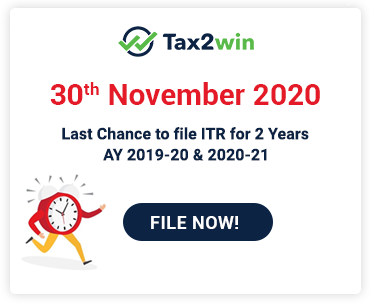