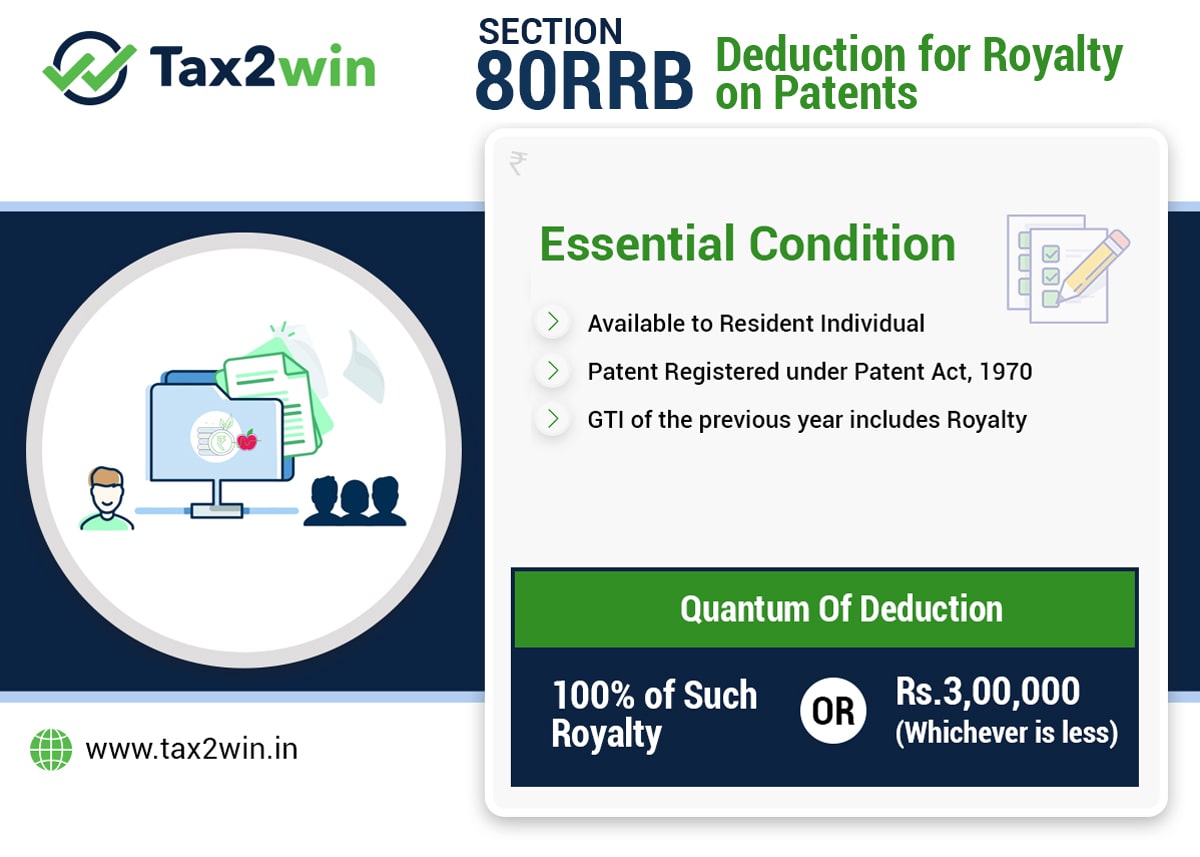 New innovations are a regular activity in our country. Every new innovation is a boon to the society as well as good for the country. For every new invention, innovators get an exclusive right for the same from relevant authorities. This grant them authority to let others use their innovation for a limited time period. The right granted to the innovators is called patent. All the technicalities about the invention is disclosed in the patent application. Patents protect the intellectual property right of the innovator. Through this the innovator can generate regular incomes by giving others authority to use their patented project.

What is Royalty income on patent?

When the innovator gives right to use his or her patented project to some other person or entity, they receive a payment in return in form of reward income. This is said to be royalty income on patent. The innovator generally invents an idea. Other entities use the same idea for producing an effective product to use for commercial purposes. The selling of these products generates income for the business entity. For this the innovators are given rewards in the form of royalty income in return for their rights.the amount that innovators get is a fixed amount or a percentage of sales every year till the rights are being used.

Royalty income for patent is the amount received by the innovator against the usage of their new patented innovation. This can include, books, inventions, music, art and so on. These payments are recurring in nature for a specified time period. Individuals who receive this kind of income against their innovations can claim deductions under section 80RRB, of the income tax act 1961.

Amount of Deduction under Section 80RRB

The amount of deduction under section 80RRB is

Who is eligible for claiming deductions under section 80RRB?

There are numerous criteria that must be satisfied to claim deductions under section 80RRB. They are:

Treatment of Royalty from foreign sources

When the income from royalty is earned from some foreign sources, the deduction can be claimed but with few conditions. They are:

This section saves tax liabilities for royalty income from patents. If you are an innovator and invent new things get it patented to avail deductions under Section 80RRB. Get the exclusive rights and receive royalty for your innovations. Against this income you can claim deduction and lessen your burden of taxation. The deduction that can be claimed is royalty received or Rs. 3 lakh whichever is lower.

Q- What is the benefit of Section 80RRB?

The innovators can claim deduction on their tax liability for the income from royalty innovations that have patented rights.

Q- Who are eligible to avail deduction under Section 80RRB?

The patent holders who are residents of India are eligible to claim deduction on their royalty income from patents.

Q- What is the amount that can be deducted from tax liability Section 80RRB?

The deduction that can be claimed is maximum upto Rs 3 lakh or actual royalty payment received by the patent holder whichever is less.

Q- What is the average royalty paid for oil?

Royalty can be 1/8 of production or 12.8 percent of production. However, it can vary depending on the royalty clause in a lease.

Q- How are royalties paid?

Royalties are agreed upon as a percentage of gross or net revenues derived from the use of an asset or a fixed price per unit sold of an item.

Q- Do DJS have to pay royalties?

Normally, DJs are not liable to pay royalties. as they purchase the license for it.

Q- How long do royalties last?

The tenure of royalties depends on the terms of tenure given in royalty clause in a lease agreement.

Q- What is patent royalty income?

Patent royalty income is the income recieved from a third party by an inventor for the use of idea or product conceptualised by the inventor.

Complete guide covering all the basic tax related terms.So, that tax terms will not work as a road-stopper in your way!!