From time to time, the Government of India issues bonds so as to fund programmes of public welfare, increase the investment in the economy as well as help the citizens of the country take part in the growth of the nation. Savings bonds are usually looked at as safe and secure investments as the national government backs their returns. Such bonds also showcase the amount of faith that citizens have in their government, their country’s future as well as the nature of the economy. In the past, the government has issued several kinds of different savings bonds. Saving bonds usually have an average rate of return on investment.

From the 10th of January 2018, the 8% 6 year Saving Bond has been replaced by 7.75% Saving Bond with a maturity period of 7 years, with other conditions surrounding the bond remaining the same. However, the Government of India declared its intention to issue 8% 6-year saving bonds effective from 21st April 2003 through Notification No. F.4(10)-W&M/2003, read with Notification F.No. 4(10)W&M/2003. It is known as such as it provided an 8% interest on the principal invested, and reaches maturity at the end of 6 years.

According to the notification, the following entities are allowed to hold the bonds:

Can I nominate someone to hold the bonds in case of death?

It must also be noted that a sole existing holder, i.e. an individual person who holds the bonds may nominate another person or persons in the event of their death who shall be entitled to the ownership as well as any payment due on the bond. This must be done through the form “B” of the 7.75% 7-year taxable bond.

What is the issue price and maximum investment limit?

How can I buy the Bonds and in what form will they exist?

Who will issue the Bonds and where will they be available?

The Bonds, in the form of the Bond Ledger Account as described above, will be issued by and held with designated branches of the agency banks and Stock Holding Corporation of India Limited (SHCIL) as authorised by the Reserve Bank of India. These include:

It is important to note that these bonds cannot be bought on the Stock Exchange as a tradable commodity.

What specific forms need to be filled for issuing the bond?

The Certificate of Holding, which proves that an entity owns the bonds, will be issued in Form TBX and Form TBY as applicable for cumulative and non-cumulative investments respectively. The date of issue of the Bond will be as according to either the date of realization of the subscription cheque or draft or the date of subscription via cash.
Applications for the bond can be made by filling form “A”, stating clearly:

The applications must be submitted with the necessary payment in the form of cash/cheque/draft.

How will the Bonds be taxed?

1. Income Tax - 7.75% six-year bonds shall be taxable under the Income Tax Act of 1961 and in accordance to the relevant taxation income level of the bondholder.

2. Wealth Tax - The bond shall be exempt from wealth tax, in accordance with the Wealth Tax Act of 1957.

All applicants who have a certificate which exempts them from paying tax under the relevant sections or provisions of the Income Tax Act of 1962, must make a declaration regarding the same in the Form “A”. They must also submit a true copy of the certificate exempting them from the tax as issued by the Income Tax Authorities.

Can I transfer the Bonds once I have bought them?

While individuals can nominate others to whom the ownership of the bond will pass in case of death, they cannot be transferred to another entity while the bondholder is alive. This is because the bond is not a tradable commodity or security which can be bought or sold in the stock market. This also means that the bond cannot be used as collateral in Banks, financial institutions or Non-Banking Financial Companies (NBFCs).

How is the interest on the Bond calculated?

It must be noted that the bond will reach its maturity at the end of 7 years. No interest will accrue on the bond post its maturity date.

What is the rate of the brokerage on this bond?

Availing the 7.75% 7 year (taxable) savings bond is extremely easy as the amount required for investment is as low as 1000 INR and the procedure is extremely accessible. It is a scalable solution to liquidity problems as well with an option between cumulative and non-cumulative investment types. Additionally, with a 7.75% return on investment, it is as good, if not better, than most other fixed deposit interest rates available in the market or in private sector banks today. It is a healthy and safe option with a steady return on investment. While the bond is not exempt from income tax, it does not accrue any wealth tax, and therefore the option of nomination remains open to those who need it, especially the senior citizens. Overall, for those seeking to save some money while accruing a better rate of interest than what is available in today’s fluctuating market, this bond is an extremely healthy and lucrative option.

An available option of getting the interest on these bonds paid is digitally through credit to the bank account of the holder which is held to the credit of the BLA. The interest earned under the bonds - '7.75% Savings (Taxable) Bonds, 2018' is taxable under the Income Tax Act, 1961.

The rates on bond interest payments are taxed as ordinary income however they can go as high as 35% which automatically is double the maximum 15% levy on stock dividends. The municipal bonds can be bought without any federal taxes on the interest which is not bound to be paid. Further, if the bonds are bought from in-state issuers then state and local taxes can also be avoided.

Tax free bonds such as municipal bonds generate income which is tax free and thus result in the paying of lower interest rates than taxable bonds. A fixed rate of interest is supposed to be paid for most of the municipal bonds. Therefore, investors can benefit from the higher yield which is available through the taxable bonds as they anticipate a remarkable drop in the marginal income tax rate.

Q- How much interest do municipal bonds pay?

Q- What are the best tax free investments?

The Top 8 Tax-Free Investments Everybody Should Consider 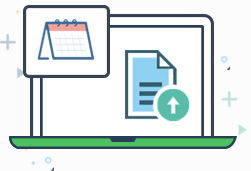