Any individual who is residing and working in India but belongs to any other country will have to pay tax under the income tax act, 1961. But the provisions for expatriates under the Income Tax Act are different. You will get complete knowledge of taxability for expats in this article.
All the income will be taxable under the Income Tax Act, 1961. All the income means the income from any source that is received within India is taxable according to Indian taxation rules. Even foreign nationals are liable to pay taxes on capital gains if any while selling any capital asset in India. The tax by the foreign nationals can be paid at the source as tax deduction at source and can be filed in return to get deduction against it.

Concept of taxability for Foreign Nationals in India

Residential status of foreign nationals and their taxation

There are three categories of foreign nationals who are liable to pay taxes in India based on their residential status:

All the expatriates who moved from India to another country for a limited period of time that is for a period of six months or more are Non-residents. The major purpose for their migration is service, education, employment, residence and so on.

Following conditions must be fulfilled by them to be a Non-Resident Indian:

For this category of foreign nationals, the total income earned by them in India is taxable by the Indian taxation laws.

Resident But Not Ordinarily Resident (RNOR)

A Resident But Not Ordinarily Resident (RNOR) is considered after fulfilling two major conditions. These are as follows:

Those individuals who do not meet the requirements that are specified to be Resident but Not Ordinarily Resident (RNOR) are called as Resident and Ordinary Residents . All the income which is earned by them in a financial year from all over the world is taxable for these individuals.

Which incomes are Taxable for Expats?

All the incomes that are considered for any foreign nationals who are residing in India for taxation purpose are as follows:

Foreign nationals are also required to furnish various documents while filing their income tax returns in India. The documents they require are:

It is very important for foreign nationals to provide the bank statements that includes all transactions made in the taxation year. These transactions consist of all the investments, expenditure done, income accrued and so on.

The Tax Deduction at Source (TDS) Certificate is also called Form 16A. This form is furnished by taxation organisations. It includes details related to the tax deducted at source (TDS) on any other income that is earned by the individual.

Information of any property or asset must be given that is sold within India which has capital gains that are taxable as tax on the income received from the sale. The details regarding the sale of any asset or property is to be presented for filing income tax return.

Any investment related information of the individual that is not given in Form 16, are required as evidence for the same.

For foreign nationals there is a special benefit called as Double Tax Avoidance Agreement (DTAA). This agreement is done between both the countries which allow the individual to avoid paying any income tax in either of the countries. For incomes that can be taxable in both the country that is India and the other country, the taxpayer can take the help of Double Tax Avoidance Agreement (DTAA) and avoid paying tax in one of the countries. He or she will only be liable to pay tax for that income only in one country.

Any foreign national who is residing in India but is not a citizen of India is also liable to pay tax according to the income tax act, 1961. He or she will be taxed on all the income that is earned within India. There are various rules and regulations to find out the actual taxability of such individual for taxation purpose in India

Q- Who are considered as foreign nationals?

Any individual who is residing and working in India but belongs to any other country is considered as foreign national.

Q- Are foreign nationals liable to pay tax in India?

Yes, all the foreign nationals are liable to pay tax in india under the income tax act, 1961. But the provisions for their taxation are different from that of a Indian citizen.

Q- Are foreign nationals liable to pay tax on capital gains in India?

Yes, foreign nationals are liable to pay taxes on capital gains when they sell any capital asset within India.

Q- Can a foreign national file an income tax return?

Yes, foreign nationals are also required to file an income tax return in India by abiding various rules and regulations stated in taxation laws of India. 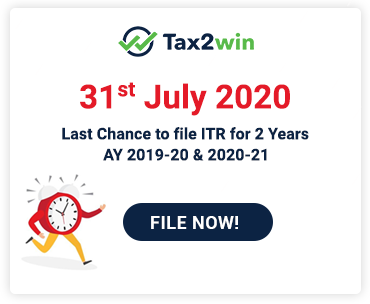