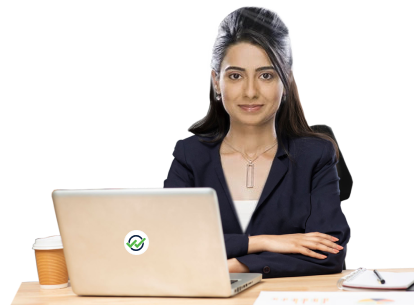 What is Speculative Income?

What does Speculative income mean?

As a speculative transaction has a basic of settlement without actual delivery, one can say that Intraday trading in a speculative Business income whereas any other transaction which is settled by the stock exchange like that of selling scripts after T+2 trade is a non spective income.

Which ITR is Used for Speculative Income?

How Can One Understand Speculative Transactions?

Speculative income is a type of income not realized until after it has been earned. Speculative income is income that is based on some future event. For example, if you buy stock in a company, then you expect to receive dividends at some point in the future, based on the amount you paid for shares.

What are the Exceptions to a Certain Transaction to be Considered as "Speculative"?

While there are many cases when a transaction can be deemed to be “speculative”, one must have a clear understanding of what cannot be considered as speculative transactions as the following-

How is Speculative Business Treated to be a Distinct Variety of Business?

What is the Treatment of Loss from Speculative Business?

One must make the note that loss from the speculative business cannot be carried forward for a period greater than four assessment years beyond that year in which the loss was incurred. Moreover, if there is any expenditure and depreciation in the process of scientific research, it is to be set off first, if the depreciation or capital expenditure is carried forward in the speculative business.

What are Some Recognized Stock Exchanges in India?

What is a Recognized Association?

How can one Understand Eligible Transactions for Security Derivatives?

An "Eligible Transaction" can be defined in the following two ways-

How can one understand Eligible Transactions for Commodity Derivatives?

As per explanation 2 to Section 28, one understands that speculation business should be separate and distinct while Section 43(5) defines what the term speculative transaction means. A juxtaposition of these facts indicates that Section 73 only applied when Speculative transactions constitute a business.

What is the Treatment of Losses in Speculation Business as Per Section 73 of the Act?

How Should One Consider F&O in Shares and Commodities as a Speculative Business?

F&O in shares or commodities is not a speculative business, as discussed in the above sections and carried out in a Recognized Stock exchange or association respectively.

Q- How do you calculate turnover for speculative business?

In case of speculation business, the aggregate of both positive and negative differences is to be considered as the turnover.

Q- What is speculative loss?

Q- How is speculative income taxed?

Q- What is non speculative business?

Q- What is speculative trading?

Speculation is the act of trading in an asset or conducting a financial transaction that has a significant risk of losing most or all of the initial outlay with the expectation of a substantial gain. It involves trading in financial instruments involving high risk, in expectation of significant returns. The motive is to take maximum advantage from fluctuations in the market.

Q- What are some of the exceptions to the speculative income?