Investing in the share market is a necessary process to grow capital. The Government has pulled out various schemes which encourage individuals to make investments and allow for specific methods which reduce the risk involved with investments. Thereby, the Government introduced the Rajiv Gandhi Equity Saving Scheme (RGESS) to encourage the retail investor to make investments in shares and mutual funds. The RGESS permits a deduction under Section 80CCG for investments in equity shares and mutual funds.

Investments are made in the stock market, equity market, or share market, all of which are the aggregation of buyers and sellers of stocks, representing ownership claims on businesses. These may also include securities listed on a public stock exchange, as well as stocks that are traded privately. The equity market is that market where shares are issued and traded, either through exchanges or over-the-counter markets. This market gives companies a way to raise the needed capital amount and also gives investors the opportunity for gain by allowing those companies' stock shares to be traded.

Section 80CCG allows for greater deductions than Rs. 1,50,000 as per the previously prevalent Section 80C. The scheme is extremely useful for people making greater investments. The deductions can be claimed at the time when the income tax returns are filed by the taxpayer.

What is Section 80CCG?

Section 80CCG was introduced in the Finance Act, 2012 and was part of the Income Tax Act. The other name of this section is the Rajiv Gandhi Equity Savings Scheme (RGESS). While the idea was to enhance the investment habits of existing investors and encourage first-time investors, it also helped in strengthening the investment force in the securities market. Therefore, by this one scheme, the Government planned on targeting several socio-economic factors like encouraging the habit of savings, expanding the reach of capital markets beyond the institutional investors, broadening the base of investors, and bringing on a culture of equity trading among the common masses.

The RGESS scheme came into notification by the Department of Revenue on 23rd November 2012 and the soon the subsequent corrigendum was issued on 5th December 2012. The very next day, SEBI (Securities and Exchange Board of India) issued the operational guidelines. Eventually, more amendments took place to widen the scope of the scheme by the Finance Act, 2013. The amendment notification was issued on 18th December 2013.

Individuals eligible to claim the benefit of RGESS

Before one goes on to discuss the eligibility criteria to get the benefits of this scheme, let us first understand our conception of a "new investor". A new investor is one among the resident individuals who have not opened a demat account, or even if there is has not been able to make a trade in the equity and derivatives segment. There are other cases when there are a group of individuals contributing their part as joint account holders. In such a case, the first account holder is not considered as a "new investor". You will also not be considered a new investor if you possess shares of unlisted companies or those received under the Employee Stock Option Plan (ESOP). However, if you do possess immaterialized physical shares, you can be considered a new investor.

The scheme in Section 80CCG is meant to encourage the new investor to be a part of the market.

The risk involved in Equity Market

It is an inevitable fact that if you decide on investment in the stock or equity market, there is an inherent risk of losing a lot of money, including the capital amount. The market is a volatile space, and the value of stocks keeps changing their graphs. Investing in RGESS is the same as investing in any other volatile market, and it does not guarantee any assurance of regaining any of the amounts invested in the security. However, the makers and designers of the scheme did take some special measures to reduce risk. Thereby, the makers of RGESS made sure that the interests of the investor were safeguarded by the selection of the majorly large-cap stocks and also by keeping a considerable lock-in period to take advantage of positive market sentiments. Moreover, the scheme also included investments in exchange-traded funds and mutual funds, which ensured the diversification of investments and also reduced the market risks.

When an individual puts their money in the RGESS, the deduction allowed for tax benefits is 50% of the total amount invested, and this is subject to a maximum investment of Rs. 50,000.

This criterion can be visualized through the help of some examples-

The Rajiv Gandhi Equity Savings Scheme was introduced to offer tax benefits for individuals investing in the equity market. The Equity Linked Saving Scheme or ELSS, was another scheme that offers similar tax benefits under Section 80C. However, there are some differences to be noted while going for either of the two schemes for your investments.

It was noticed eventually that when the scheme was launched, there was not much investment made during this scheme, and the amount was relatively low compared to the country's size and tax base. The Union Budget of 2017 proposed the phasing out of RGESS with effect from 1st April 2018. The tax benefits were noticed to be made till the date only for a year or two. The Government perceived that phasing out this scheme was more in line with simplifying the process of taxation and the rationalizing of deductions on investments.

Section 80CCG or RGESS was started to promote an 'equity culture' such that individuals had the scope of saving their taxes while investing in the equity or stock market. There are several unique features of the scheme which have allowed progress for the individual's economic establishment, and the government’s need to flourish the stock market. There are, also, a few complications in the scheme concerning the treatment of securities sold in the flexible lock-in period, and a thorough explanation can be deduced by the FAQs on RGESS which was released by the Ministry of Finance on 5th February 2014.

Known as Rajiv Gandhi Equity Savings Scheme, it was in 2012-13 that 80CCG came into effect. The purpose of this tax-saving scheme was to encourage the first-time investors and strengthen investment force in securities market.

The Equity Linked Saving Scheme or ELSS, was another scheme that offers similar tax benefits under Section 80C just as RGESS under 80CCG. ELSS is a mutual fund based investment, it has more risk compared to the RGESS.

If you are a first-time investor and earn less than Rs 12 lakh per year, then you are eligible to invest in 80CCG, commonly called RGESS. You have the option of either buying specific stocks or mutual funds notified under the scheme. You can invest and claim a tax deduction up to Rs 25,000 under section 80 CCG of the Income Tax Act, 1961.

Q- Is there any lock-in period?

Yes, RGESS has a lock-in period of 3 years, where the 1st year has a ‘fixed lock-in’ period and the subsequent 2 years have a ‘flexible lock-in’ period.

Q- I am non-resident Indian. Am I eligible for RGESS?

As per the Income Tax, 1961, RGESS or Section 80CCG is for an individual resident in India who is a first-time investor. As you are a non-resident Indian, you cannot avail any benefits under RGESS.

Q- I have invested about 25k in stocks. How can I avail tax exemption for the investment and what is the procedure to claim that?

Ans: If you are a new retail investor or resident individual with gross total income upto 12 lakhs, and have invested in equity shares or units, then 50% of the amount invested or rs 25000, whichever is lower shall be allowed as a deduction from gross total income. If you have invested Rs 25000 in stocks and fulfill the other conditions, you can avail tax exemption of Rs 12,500 and same can be claimed by entering the required details while filing the income tax return. However, RGESS has been discontinued w.e.f AY 2018-19.

Ans: Yes, a resident individual having gross total income of upto 12 LPA can avail the tax benefits offered by Rajiv Gandhi Equity Savings Scheme. It is a good tax saving investment option. However, RGESS has been discontinued w.e.f AY 2018-19.

Q- Can I invest in the Rajiv Gandhi Equity Savings Scheme even if I have prior investments in equity mutual funds, without a Demat account?

Ans: No, as per the RGESS notified by the central government, only a new retail investor is eligible for investing in it. Any investor who has prior investments in equity mutual funds, without a Demat Account shall not be a new retail investor and hence will not be eligible to invest in RGESS. However, RGESS has been discontinued w.e.f AY 2018-19.

Ans: No, RGESS had been discontinued during the Union Budget 2017 and as such, the tax deduction is no longer applicable to any equity savings scheme. 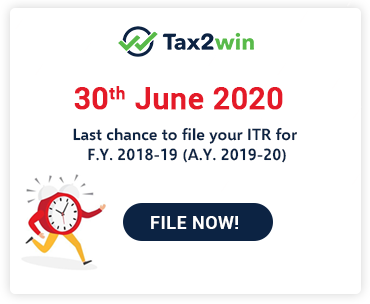 Complete guide covering all the basic tax related terms.So, that tax terms will not work as a road-stopper in your way!!